As part of a city wide project, artist Eva Mileusnic is delivering 2 half-day plaster casting workshops at ChapelFM Arts Centre, where you will learn the basics of plaster casting and make plaster pieces that will contribute to a large-scale art installation celebrating diversity. Over 1,000 pairs of plaster ‘feet’ will be exhibited in as installation symbolic of the multicultural city of Leeds, this will be exhibited at Left Bank Leeds in January 2019.

Participants will cast a pair of stylised ‘feet’ using existing rubber moulds made from lasts (metal structures used for making shoes).  These have sections of the world map on the soles, allowing people to choose an area of the world that has significance to them.

All materials will be provided and no prior experience is needed to partake.

As a participant you will be invited to the opening night of the installation to reserve your ‘feet’, which will be delivered back to your workshop venue for collection after the exhibition.

Tickets are via a donation with a suggested donation of £2.50 (should this be too much please feel free to pay what you can, and if you would like to pay more we always welcome additional support).

TO BOOK YOUR PLACE—follow the link to eventbrite

Tickets are via a donation with a suggested donation of £2.50

CRITICAL MASS / These workshops are part of a larger project celebrating the diversity of communities across Leeds. It has been commissioned by the Donut Group, a network of arts venues operating in neighbourhoods outside Leeds city centre. This project has been made possible with thanks to funding from Leeds Inspired.

The art installation, ‘A Critical Mass’ comprising of 1000+ pairs of plaster ‘feet’ with soles depicting sections of world maps, references the global mass movement of people including displaced peoples affected by the current international refugee and migrant crisis who have settled in the UK due to political or economic reasons.

EVA MILEUSNIC / Eva is of Hungarian heritage and this has heavily influenced her practice, with culture and heritage being reoccurring themes within her work.

Fill in the attached form if you would like us to book a place for you, or if you have any further questions: 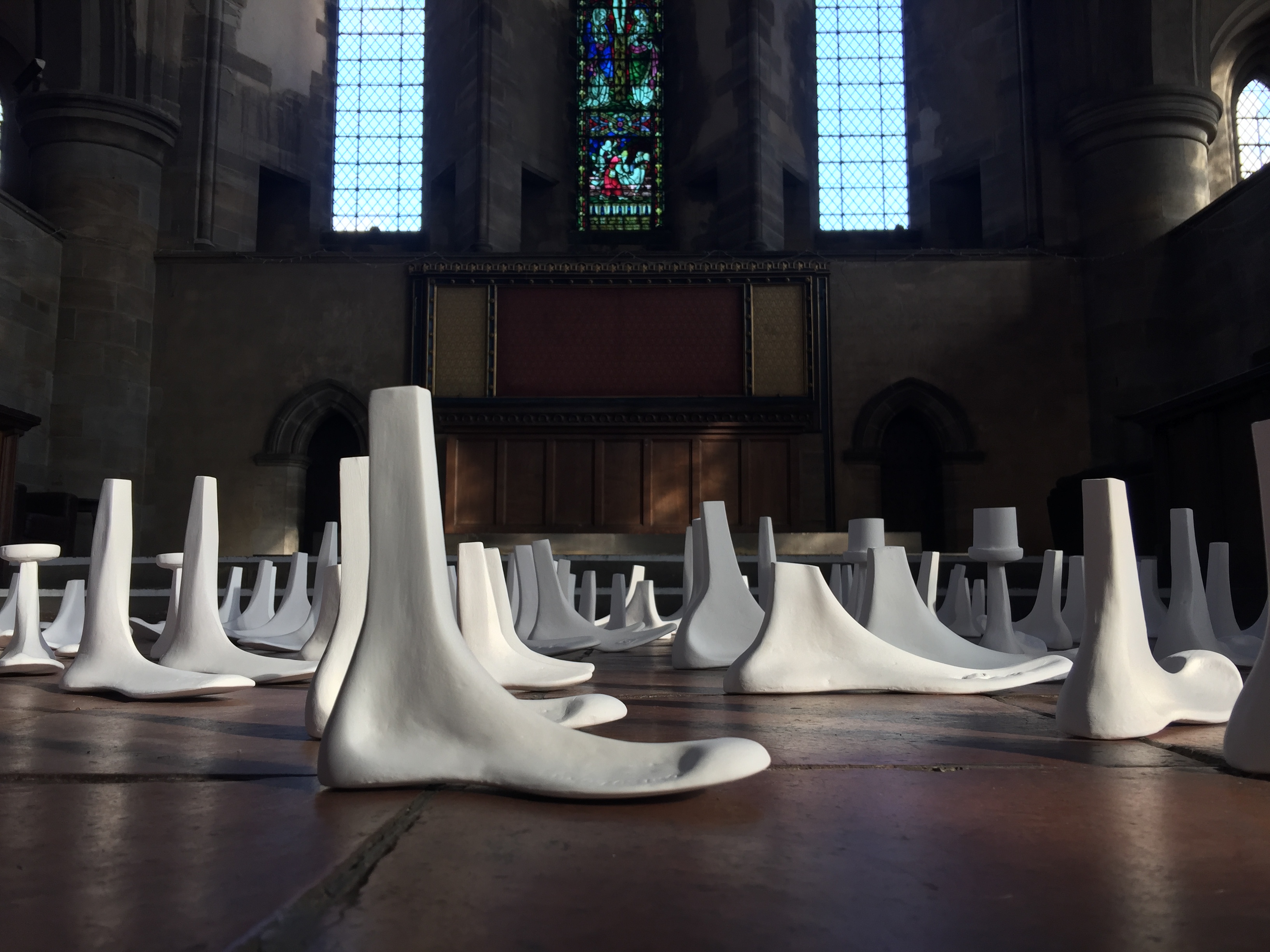 Chapel FM needs you! Come join the team and be part of our superb volunteering opportunities that connects with the local community and arts world at large.

Have a bit of a green thumb? The Chapel FM allotment needs you!

Are you a performing musician? Are you part of a band looking for opportunities to develop your artistic career? Are you wanting to become more professional in your musical practice, develop your creative skills and learn about the entertainment industry?