Writing On Air is back again.

WOA ’19 is a broadcast festival of writing. It will happen over four days, 21st-24th March at Chapel FM Arts Centre, our beautiful state-of-the-art studio and performance complex in East Leeds set in a restored Methodist chapel. East Leeds FM, which started in 2003, broadcasts to an annual local and global listenership of over 35,000 people.

Last year’s Writing on Air festival involved over 200 local, regional, and international writers, readers, and performers in over 50 programmes. WOA ’19 will be even bigger, comprising over 60 shows, with the theme of Hearing The Voice, inspired by the research project of the same name at Durham University. Whose voices are loudest in our society? How do we find our own voice?

Apart from its being broadcast on the radio, what makes WOA distinctive as a literature festival is that all the programmes are conceived and created by writers and readers themselves. The first day of the festival always features a strong roster of young writers. And the range in 2018 was impressive: readings, interviews, discussion, open mic, documentary, workshop, poetry slam.

This year, there will be a foretaste of WOA in the inaugural Leeds Lit Fest earlier in March, and we will also be broadcasting the following week, on March 27th, bringing you “Colonizin in Reverse”: Celebrating Caribbean Culture’, from The British Library’s Collections in Verse. 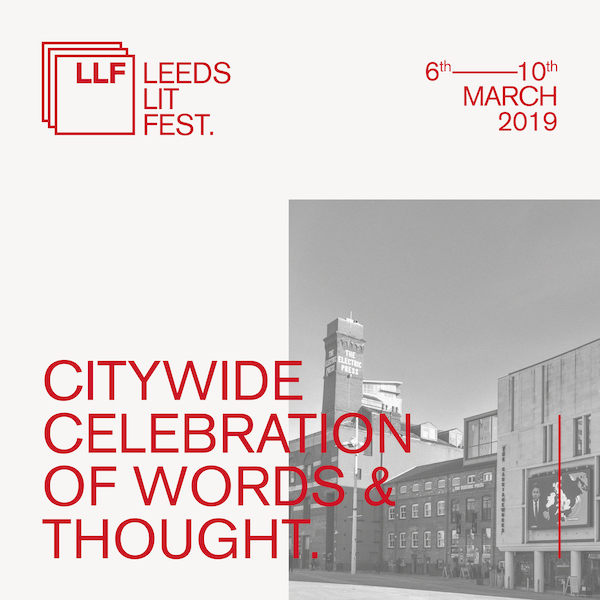 On International Women's Day join Sisterhood for a night of great music. All unique, All women, All united! #UpriseWithUs

Writing On Air 2018 was our biggest broadcast literature festival yet with 50 original programmes made by Yorkshire-based writers. This year’s festival took the theme ‘Borderlands’ which resonates throughout the schedule in different ways. You can listen again to any of them...

Some thoughts from previous Writing on Air festivals... 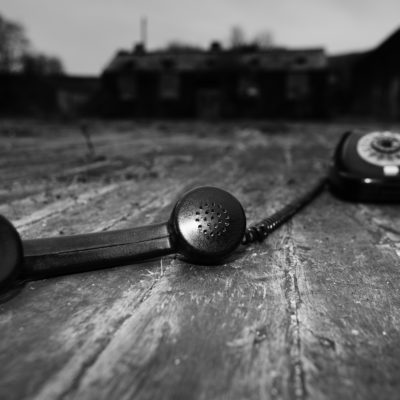 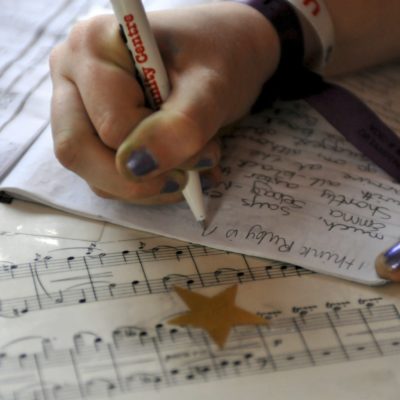 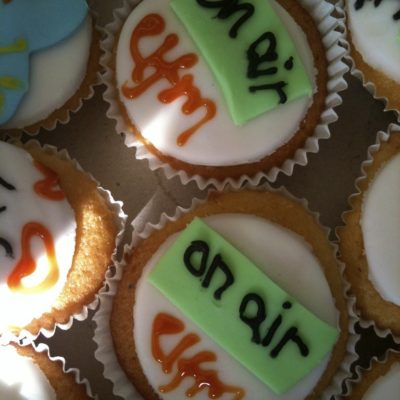 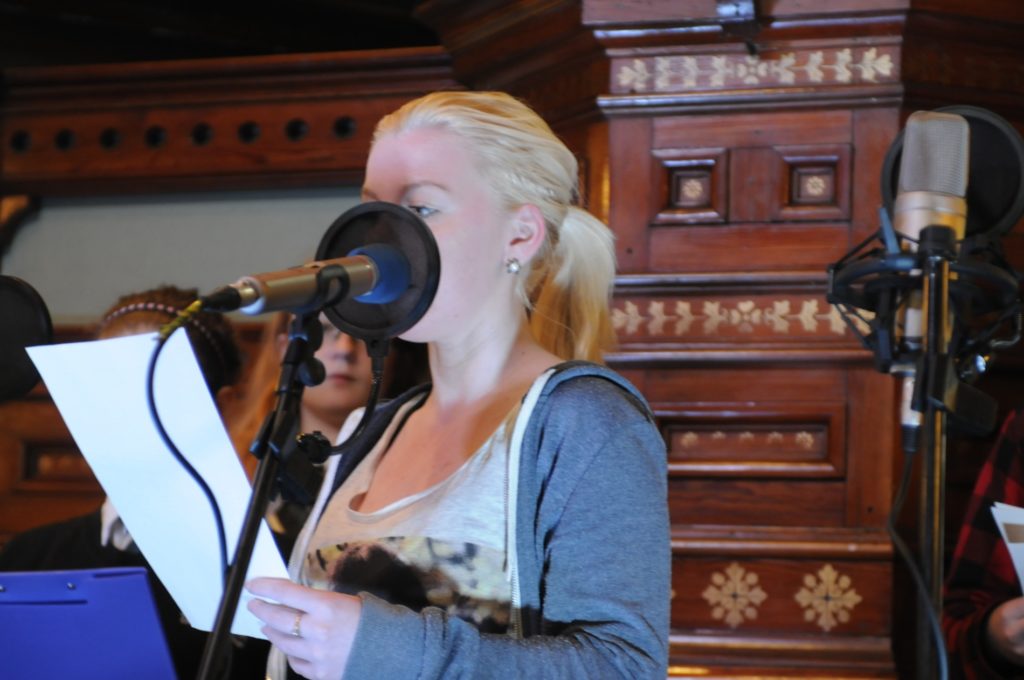 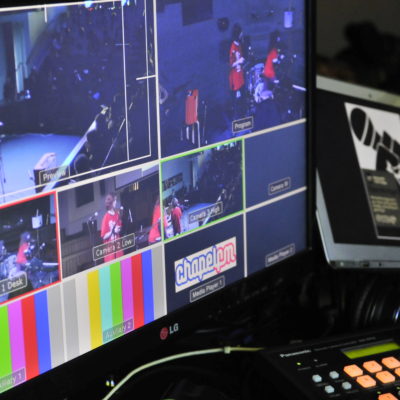 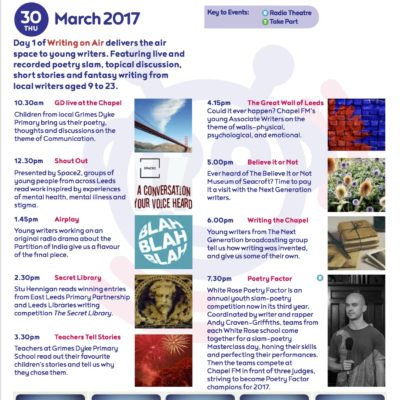 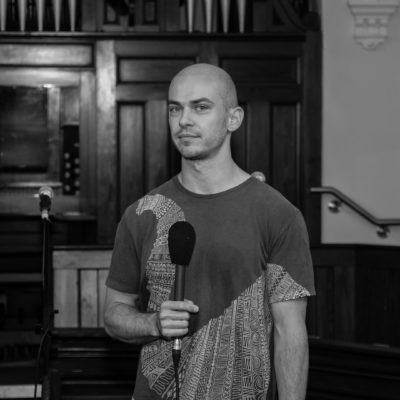 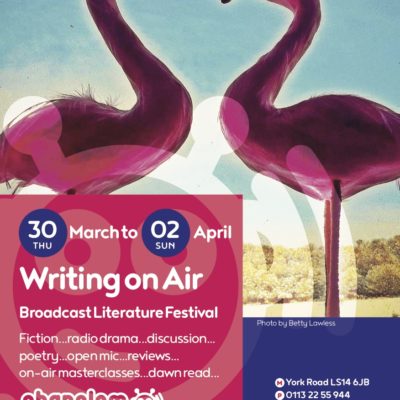 Sign up to our e-newsletter to keep in touch with all news and events...