We are very pleased to present a double bill of theatre and music, considering times of physical and emotional change at different stages in life.

'Hormones'—a one woman show written and performed by Ali Bullivent

Using diaries, school projects, poems and songs, it tells the story of one woman’s monumental life changes in 2 time periods - the teenage years when hormones cause a dramatic explosion into the world of the 1970s, and 40 years later when the hormone supply is suddenly cut off overnight following an emergency hysterectomy. This is a bitter comedy, filled with depictions of the absurdities of life, and explores themes of expectations, loss and new beginnings.

‘Not every woman can be a mother - a heartbreaking, yet at times hilarious story of a woman’s life aged 14 and 54 - how time gives us perspective!’

Ali Bullivent is an established singer/songwriter based in West Yorkshire, also a Choral Director and composer for community choirs, and a freelance community arts project manager and facilitator. She studied drama and theatre at UWE and University of Cardiff, and music at Bretton Hall, and worked for several years in theatre and television. She went on to combine this with lecturing in Performing Arts in FE. Ali was trained in singing from a young age, and has a particular interest in singing and voice work for health and well being. 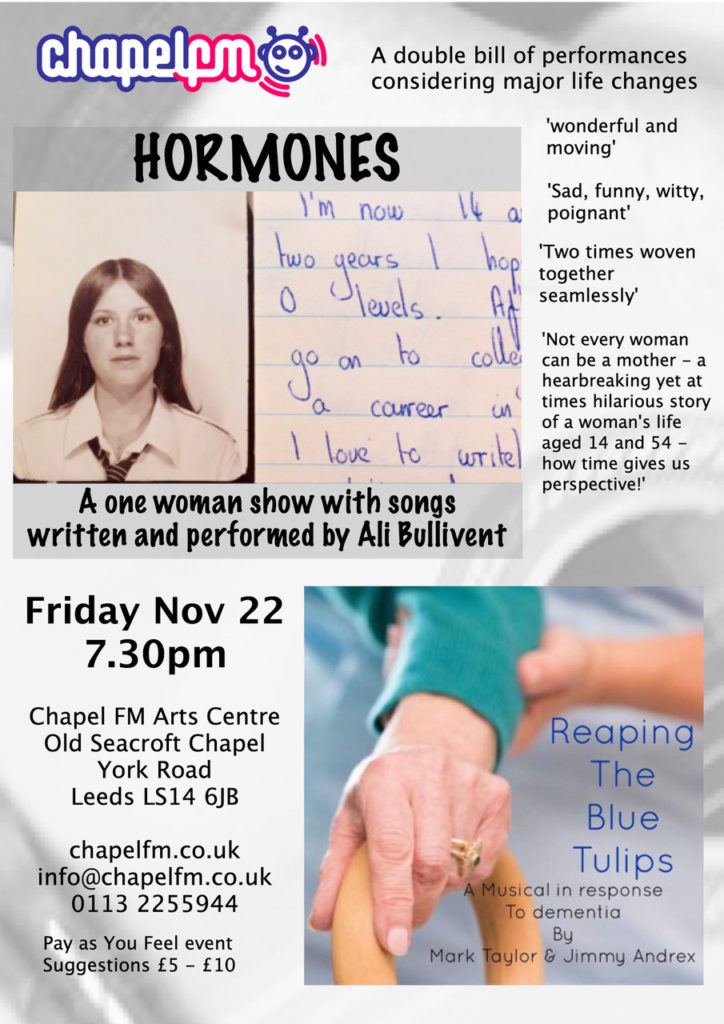 Have a listen to some of our regular words-based radio broadcasts...

Stay in touch with all the Chapel FM events, training and ELFM broadcasting news...